Q.2. What were the limitations of Dobereiner’s classification ?
(i) He could only classify three triads from the elements discovered at that time.
(ii) Many chemically similar elements like nitrogen, phosphorus and arsenic could not prove the validity of Dobereiner’s theory of triads.
(iii) Many elements having different chemical properties like carbon, nitrogen and oxygen could not
verify his theory of triads.

3. What were the limitations of Newlands’s Law of Octaves?
(i) Newland’s law of Octaves was applicable only upto calcium, as after calcium every 8th element
did not possess properties similar to that of first.
(ii)It was assumed that only 56 elements existed in nature and no new element would be discovered
in future. When new elements were discovered, their properties did not fit into the law Octaves.
(iii) In order to fit elements into the table, Newland’s adjusted two elements.(Cobalt and Nickel) in the same slot but also put some unlike elements under the same note. 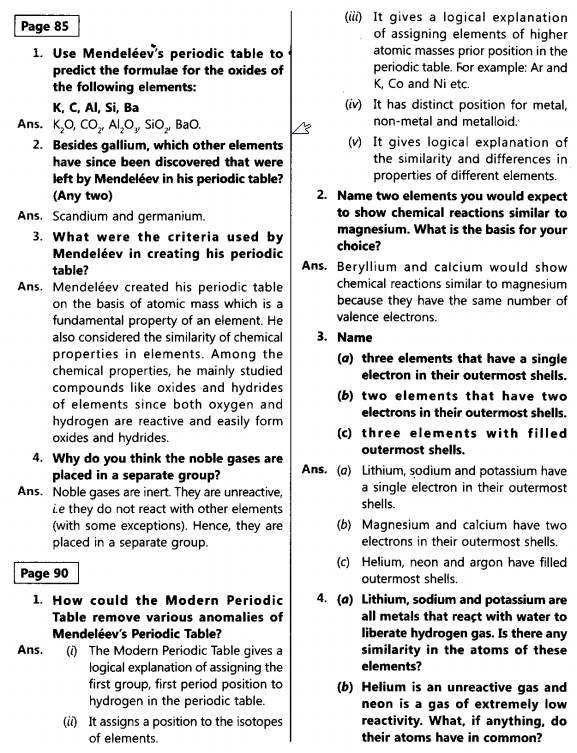 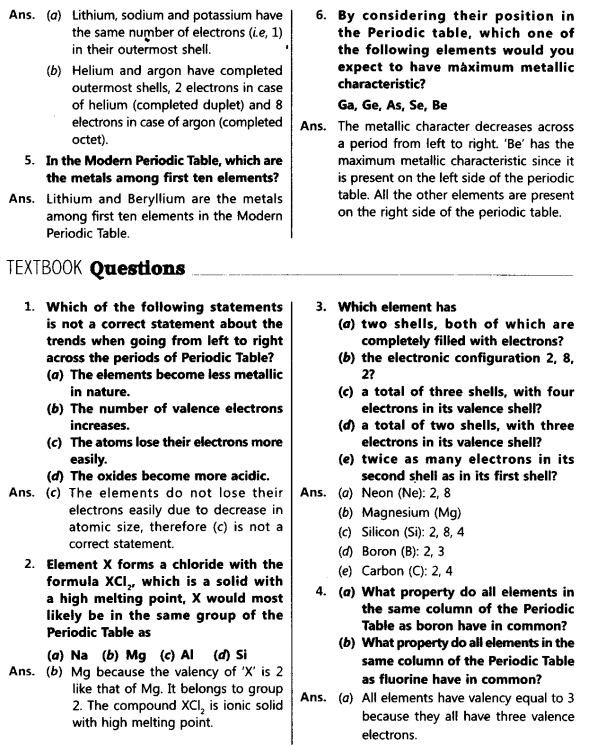 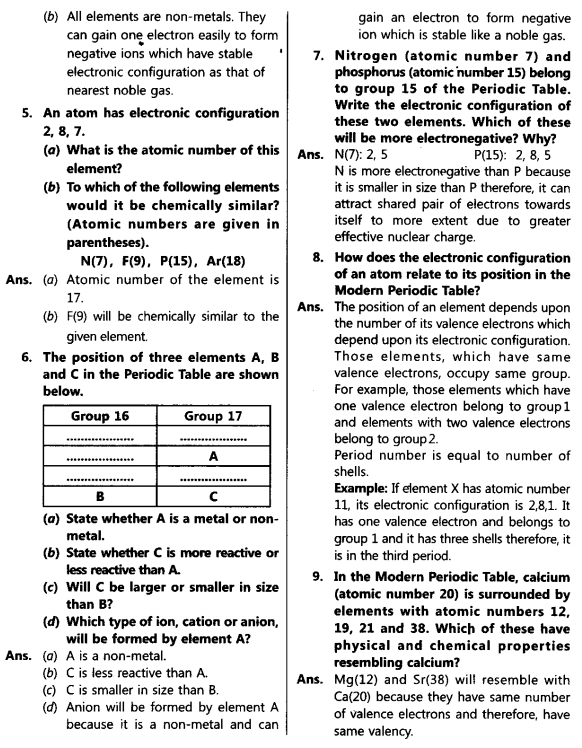 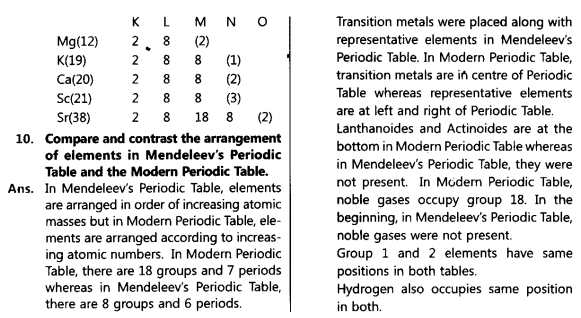